A Brief Discussion on The Olympians And Steroids 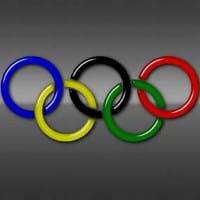 People leave no stone unturned to make their dream comes true. You must know that to be a world-famous Olympian, people should have lots of strength and stamina. Though strict diet and proper exercises are necessary to achieve a fat-free, strong physique, using the right dosage of steroids is also necessary to reach the goal quickly. You must have heard that steroids are widely used in the Olympic Games and a large number of Olympians use these compounds to win the games.

History of steroids in Olympic

At first, steroids were invented in 1930 for treating testosterone deficiency. But, during World War II, many soldiers used these synthetic versions of testosterone to gain their weight and to improve their performance. After the war, professional athletes started using these supplements to improve their performance level. According to the sources, in the 1956 Olympics, Soviet athletes, especially wrestlers used steroidal supplements and performed at exceptionally high levels.

Hans-Gunnar Liljenwall was the first Olympic sportsperson to test positive for the use of performance-enhancing drugs.  He is a Swedish pentathlete at the 1968 Summer Olympics he lost his bronze medal for excessive alcohol intake.

With the improvement of technology and testing methods, a good number of athletes were caught to take performance-enhancing drugs.

The cases of drug use for the better performance were of the East German Olympic teams of the 1970s and 1980s.

In 1990, documents were revealed and that showed several East German female athletes, particularly swimmers, had been given anabolic steroidal compounds and other drugs by their coaches and trainers for their betterment. Young sportspersons were given steroids without their parent’s concern. An American female swimmer Shirley Babashoff accused the East Germans of using performance-enhancing drugs. Her comments were rejected by domestic and international media. In 1976, Galina Kulakova from the Soviet Union was tested positive. She had used Ephedrine which is prohibited.

In 1988, Jaroslaw Morawiecki from Poland was taken Testosterone banned substance.

On 25th April 2007, six Austrian athletes were prohibited for life from the Olympic for their engagement in the doping case at 2006 Turin Olympic. IOC has repeatedly tested near about 500 doping samples which were gathered from the 2006 Turin Game.

The dream of achieving success leads some athletes to take illegal prohibited substances to boost up their performance level. As a result, they have to face a lot of bad situations. Sometimes they get disqualified from the game. As steroids are highly effective in enhancing stamina, energy, strength, it becomes hard for the Olympians to stay away from these banned substances.